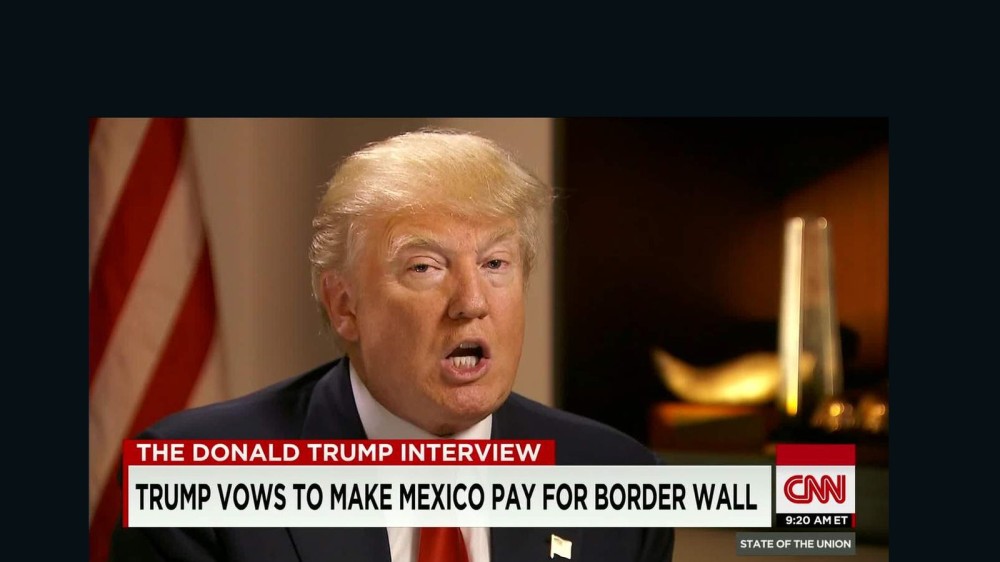 One of Donald Trump’s earliest and most often lauded promises is to build a wall between the US and Mexico and to make Mexico pay for it. During Trump’s prolific speech making, sometimes 4 or 5 in a day, he mentions this pledge in nearly every one of them. What he doesn’t mention is how he plans on making Mexico pay.

In another memo to the Washington Post today he has finally fleshed out what up until now has been bluster and vagaries. He has vowed to stop the remittance payments from the US to Mexico, a lifeline to many of the poorest in Mexico and an important part of the Mexican economy. Trump claims these payments from the US are “de facto welfare” and amount to as much as $24 billion per year, though that includes the payments from the entire world, not just the US.

The Trump memo says that the “majority” of these payments are from illegal immigrants. However this statistic is almost certainly made up as the Goverment Accountability Office has stated that it is impossible to tell how much of these payments are from illegal immigrant or legally working people of Mexican descent. The disdain for the people of Mexico is clear in the memo.

The big reveal of the memo is a proposal of how to legally stop the wire transfers. Enter the Patriot Act. Section 326 requires legal identification to open an account at a bank, presumably to stop the transfer of money to fund terrorism. Trump plans to expand the definition of “account” to also mean “wire transfer.” Then they could be stopped if deemed illegal. THEN President Trump could officially begin blackmailing the country of Mexico.

Trump also laid out the rest of his blueprints for “leveraging” Mexico that he has said before, namely raising visa prices, increasing tariffs and cancelling visas. It is not really clear whether any of this is legal at all, much less whether a President could unilaterally interpret the law this way, or enact these changes without the agreement of Congress.