At about 34:45 of the above video Donald Trump brags that he was at center stage of every debate, and goes on to say that he basically required it. At a speech in Waterbury, CT on Saturday he made the following statement about the debates:

“Every single debate I was on center stage, and the only thing I asked of the debates were I want an odd number of people. You know why? When it was an even number I was on center stage with somebody else. In other words, if we had five I was in the center, if we had six I was sharing it, I didn’t like that OK? So I’d fight, and I usually won that fight, but not always. But I was center stage, I was number one, on every single debate.”

Media Matters spoke with a representative at CNBC, who said that the placement was based on polling data alone, not any request by a candidate. Unnamed sources from CNN, CNBC, Fox News, Fox Business, CBS and ABC echo the statement that the candidates do not exercise control over debate placement. 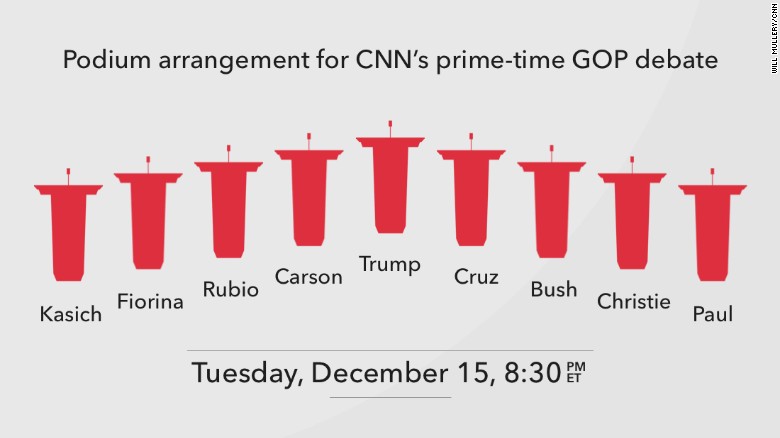