So Trump decided to celebrate Cinco de Mayo the way that many white people do, by eating tacos. Or more specifically a “taco bowl,” or taco salad with a fried dough bowl, a delicacy that was created in America. There is so much awfulness and weirdness in this pandering tweet, let’s get into it.

Firstly, the lie. Trump Tower Grill does not serve taco bowls. The intrepid reporters over at Vox called the restaurant and they denied serving them. The Trump Tower Cafe however was serving something called a “taco fiesta,” which we can assume is what he meant. It is maddening that his disregard for the truth is so great that he can’t even make a patronizing Cinco de Mayo tweet without lying about something. Having never eaten at Trump Tower Grill, or Cafe or whatever, I cannot speak to the quality of the bowl, but I doubt seriously that this vegetable-less mess is the “best taco bowl.”

He ends the tweet with “I love Hispanics!” Hillary Clinton summed it up pretty well in this tweet:

Most bizarrely is what is hidden in the pile of papers beneath his taco salad. It is a bikini clad picture of his ex-wife Marla Maples, whom he divorced 17 years ago. Why is that on his desk? 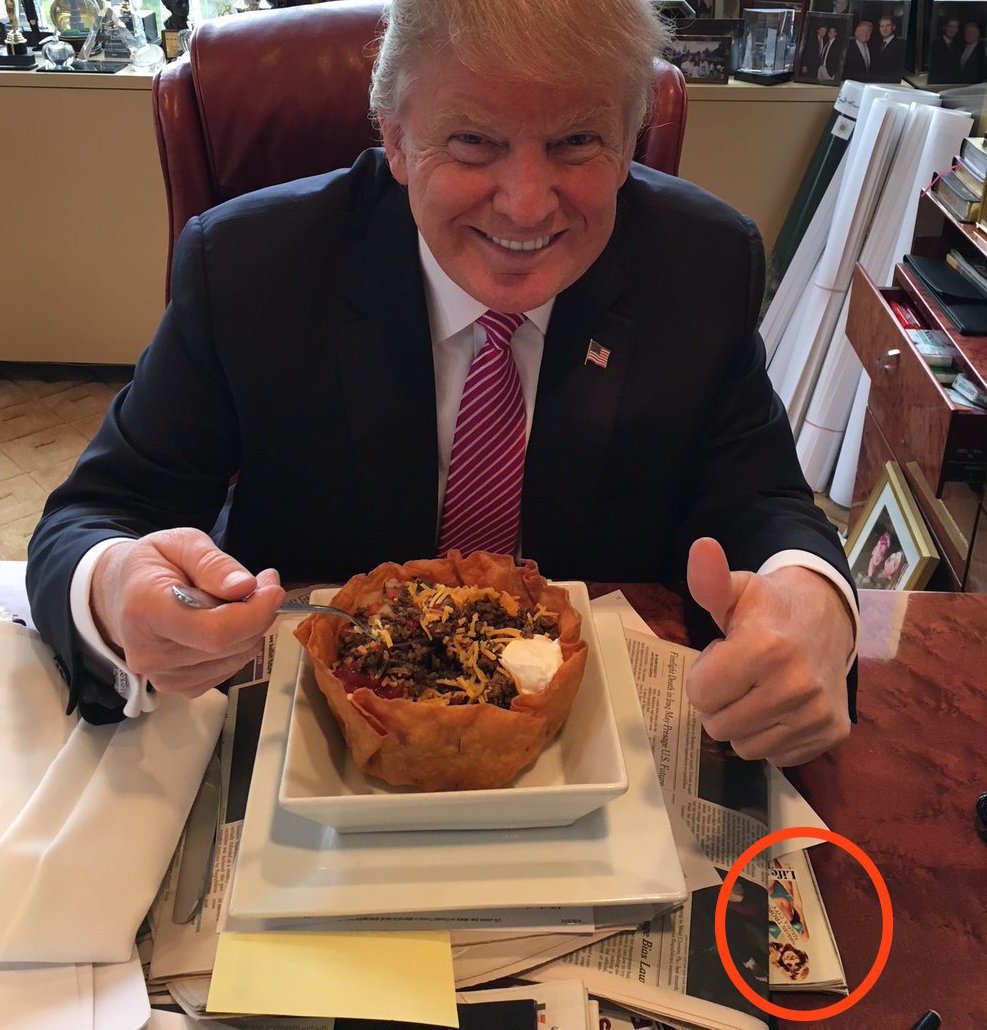