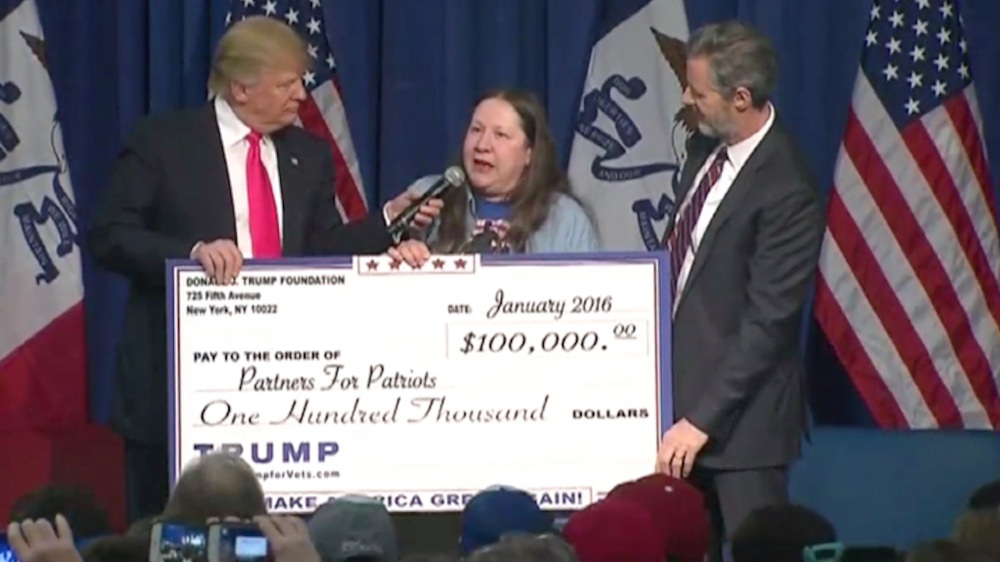 Trump famously bailed out of a Fox News debate earlier this year in order to hold his own fundraiser for United States military veterans organizations. WDTLAY already covered the discrepancies in the amounts given out. But new questions have arisen about Donald Trump claim that he gave $1 million to those organizations.

It turns out that Trump raised about $4.5 million dollars for vets in that fundraiser. While that is a respectable thing to do, leave it to Donald Trump to do something nice and then exaggerate it for his own political gain. Trump’s own campaign manager Corey Lewandowski released the actual numbers on Saturday in an interview with the Washington Post, three days before the above Twitter post.

Donald Trump’s campaign manager knew that the actual figure was $4.5 million and Trump still posted that he raised “between 5 & 6 million dollars” two days after Lewandowski publicly stated it.

There are also questions about Trump’s claim that he gave $1 million personally. None of the veterans’ groups that the Post talked to admitted receiving a personal donation from Donald Trump, though it could have been funneled through his foundation. The Washington Post has made repeated requests to the Trump campaign for details and documents about the donations. Donald Trump replied with “Why should I give you records? I don’t have to give you records.” If Trump actually gave the $1 million, why wouldn’t he give up some proof?