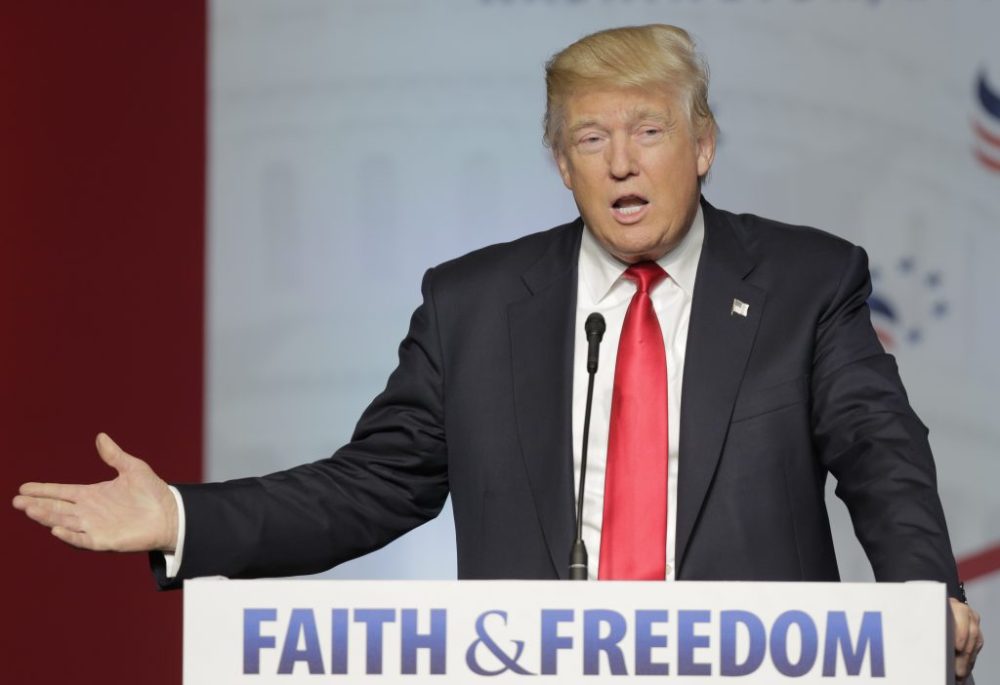 At the evangelical Faith and Freedom Coalition’s Road To Majority summit yesterday, Trump addressed the gathered Christian conservatives in a mostly prepared speech and mostly staying on message.

There was little talk of policy in this speech, as Trump stuck mostly to hyperbole and platitudes, but he did take the time to take a few shots at Hillary Clinton as the campaign for the general election heats up.

In December Clinton explained why she has stopped using the term “radical Islam” in political discourse. “The problem is, that sounds like we are declaring war against a religion. That to me is number one, wrong,” Clinton told host This Week’s host George Stephanopoulos. “It doesn’t do justice to the vast numbers of Muslims in our own country and around the world who are peaceful people…It helps to create this clash of civilizations that is actually a recruiting tool for ISIS and other radical jihadists.”

Trump is being used as a recruiting tool for radical jihadist terrorism groups. Video clips of Donald Trump have been featured in recruitment videos by East African Al-Qaeda branch Al Shabaab and more recently by ISIS in the wake of the Brussels attack.

Clinton’s evolution of language does not make her unfit to be President. There is nothing in the Constitution to that says the President is required to use potentially polarizing or divisive language. Rethinking the way that you speak and what terms you use does matter, people around the world are watching you and will react to the words of the President. America needs the help of Muslims in the countries affected by jihadists, and Trump doesn’t seem to notice or care.

Hillary Clinton: I Don’t Say ‘Radical Islam’ Because It ‘Doesn’t Do Justice’ to Good Muslims