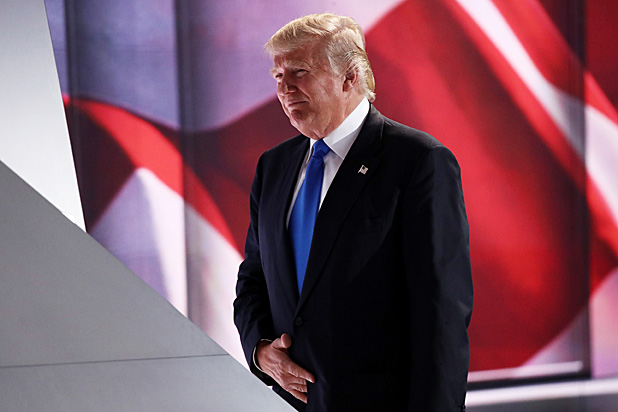 For the purview of this blog, I understand that promising to do something if elected President is not really a lie. Breaking a treaty is a type of lie however, and the gravity of the implications of Trump doing so persuaded me to included his statements here.

In an interview with The New York Times yesterday, Donald Trump explicitly stated that he would place conditions on defending an attack upon a member of the NATO alliance.

TRUMP: You can’t forget the bills. They have an obligation to make payments. Many NATO nations are not making payments, are not making what they’re supposed to make. That’s a big thing. You can’t say forget that.

SANGER: My point here is, can the members of NATO, including the new members in the Baltics, count on the United States to come to their military aid if they were attacked by Russia? And count on us fulfilling our obligations ——

This is a direct violation of NATO’s Charter. The very heart of the charter and our alliances in NATO is Article 5:

The Parties agree that an armed attack against one or more of them in Europe or North America shall be considered an attack against them all and consequently they agree that, if such an armed attack occurs, each of them, in exercise of the right of individual or collective self-defence recognised by Article 51 of the Charter of the United Nations, will assist the Party or Parties so attacked by taking forthwith, individually and in concert with the other Parties, such action as it deems necessary, including the use of armed force, to restore and maintain the security of the North Atlantic area.

That charter doesn’t place a stipulation that the country is paid up, or deferential to the US or didn’t say anything mean about Donald Trump. That charter says “an armed attack against one or more of them in Europe or North America shall be considered an attack against them all.” This is the document that kept the world safe throughout the Cold War, and possibly the most important document of the 20th century. Donald Trump wants to throw out the US’s most important alliance in our history because he thinks perhaps world peace is too expensive. Additionally, the only time that Article 5 has been invoked since 1949 is when our allies in NATO came to our aid in the aftermath of 9/11.

If Trump is elected, these statements essentially give Russia carte blanche to invade countries in Europe, as Putin did in Ukraine. Without the explicit promise that the US would intervene in a conflict in Europe, it greatly devalues the protection of NATO. Despite the shrill call of “America First,” Trump has been very pro-Russia in the past and praised Putin’s leadership style, and the consequences of his dismantling our most important network of allies is chilling. It is not hyperbolic to say that this could set the stage for World War III or a new Cold War. At the very least it could give Russia the opportunity to invade former East Bloc countries, as it already has in Ukraine and Chechnya.