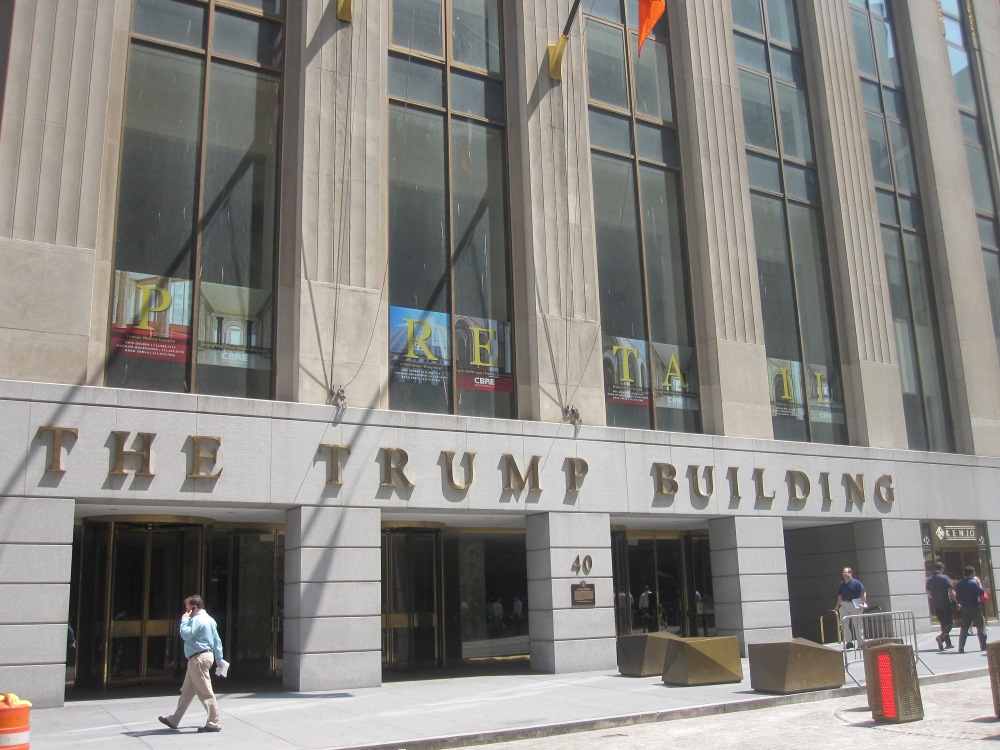 The Empire State Development Corps, Trump’s company that manages the property, has 28 employees according to the application. The company applied for the grant and was awarded $150,00. Trump later claimed that the building was not physically affected and the money was probably given to his company for “helping people.”

“I have a lot of property down there,” he said on German TV shortly after the attack. “But it wasn’t, fortunately, affected by what happened to the World Trade Center.”

New York Rep. Jerrold Nadler called Trump out for taking funds intended for “small businesses.” The Congressman is referring to the federal definition of small business, which sets a ceiling for earnings at $6 million. The Empire State Development Corps earned $26.8 million, but the definitions for a small business in New York are much more lenient than the federal guidelines. The New York Times asked Trump about the grant in May 2016:

“The company received this small amount of money after qualifying, given the limited number of employees working at the property,” Donald Trump told The Times. “For many months, I allowed people to stay in the building, use the building and store things in the building. I was happy to do it and to this day I am still being thanked for the many people I helped. The value of what I did was far greater than the money talked about.”

There is no evidence of Trump actually helping anyone at 40 Wall St. While his application for the grant and receipt of the grant seems technically correct, it definitely seems to violate the spirit of the grants.

Additionally, Trump boasted as recently as May of 2016 that he allowed people to use the building in the aftermath of 9/11, but this information was not included on the application. Trump produced no evidence of any of this, and ignored requests from the New York Times and New York Daily Mail.