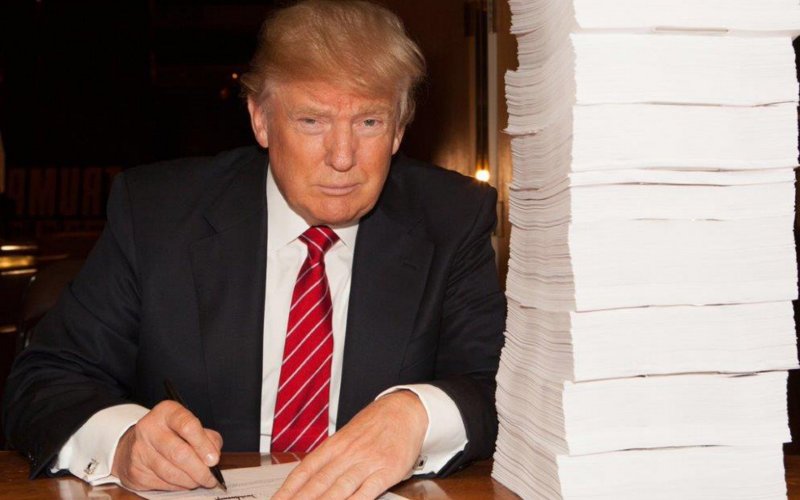 I wasn’t quite done fact checking last week’s Presidential debate, but Donald Trump has had a bad week. A very bad week. NBC News called it possibly the worst week in Presidential campaign history. So, I decided to abandon examining the debate and move on to the bombshell release of Trump’s 1995 tax returns, showing that the GOP nominee declared a nearly $1 billion loss that year. I was hoping October would give us a tasty surprise…

It appears that Trump did not pay any federal taxes that year, and could have used that $916 million loss to avoid paying taxes for decades afterward. The documents were sent anonymously to the New York Times, with a return address from the Trump Tower.

The Trump campaign released a statement that did not confirm or deny the $916 million loss claim. ““Mr. Trump is a highly-skilled businessman who has a fiduciary responsibility to his business, his family and his employees to pay no more tax than legally required. That being said, Mr. Trump has paid hundreds of millions of dollars in property taxes, sales and excise taxes, real estate taxes, city taxes, state taxes, employee taxes and federal taxes,” the statement claimed, but continues to refuse to release Trump’s tax returns to prove this. “Mr. Trump knows the tax code far better than anyone who has ever run for President and he is the only one that knows how to fix it.”

In response to that, here are screen captures of Donald Trump tweets that seem a little dishonest at this point. 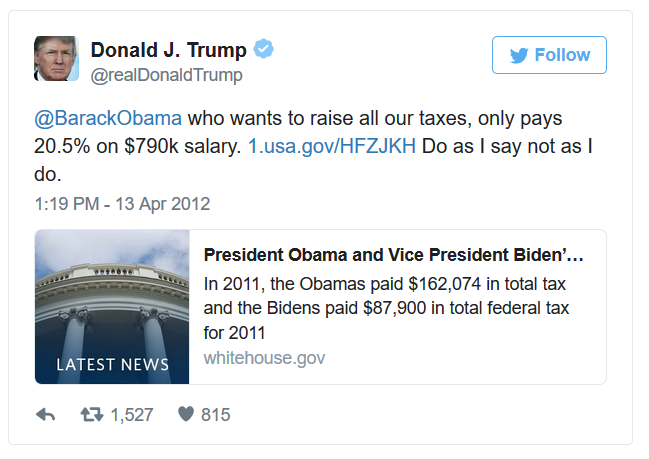