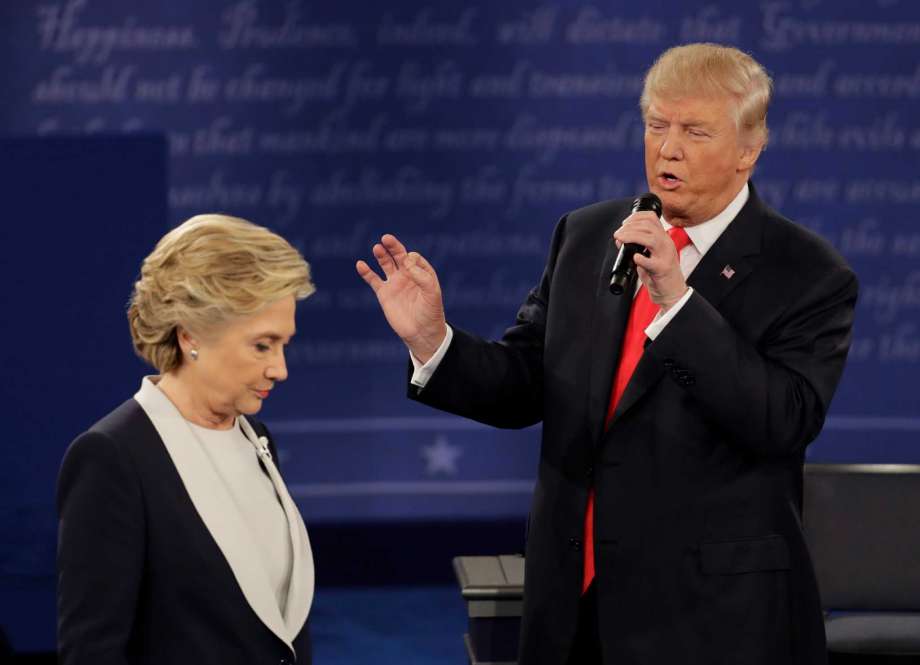 After the first debate Donald Trump spent a lot of energy attacking former Miss Universe Alicia Muchado, referring to her as “Miss Piggy” because she gained some weight and “Miss Housekeeping” presumably because she is Latina.  Again and again he doubled down, defending his attacks on her weight and calling her “The worst. The absolute worst. She was impossible.”

At the second debate Anderson Cooper asked Trump about a specific tweet he made at 4:30am imploring his supporters to watch a purported sex tape made by Muchado.

COOPER: Mr. Trump, let me follow up with you. In 2008, you wrote in one of your books that the most important characteristic of a good leader is discipline. You said, if a leader doesn’t have it, quote, “he or she won’t be one for very long.” In the days after the first debate, you sent out a series of tweets from 3 a.m. to 5 a.m., including one that told people to check out a sex tape. Is that the discipline of a good leader?

TRUMP: No, there wasn’t check out a sex tape. It was just take a look at the person that she built up to be this wonderful Girl Scout who was no Girl Scout.

When Anderson Cooper asks Trump about a specific tweet Donald Trump denies it, mumbling “no, there wasn’t check out a sex tape.”

He didn’t even bother to delete it, it’s still on his Twitter feed.