Jessica Leeds has accused Donald Trump of groping her in an airplane in 1979. She was upgraded to a seat in first class next to Donald Trump on a Braniff International Airways flight into New York. She claimed that he moved the armrest up and began kissing her, touching her breasts and attempted to put his hand up her skirt. Leeds claims that she never gave consent, and moved back to her original seat when Trump attempted to go up her skirt.

Spokeswoman for the Trump campaign Katrina Pierson tried to refute this in the above CNN video, as her fellow interviewees laughed and mocked her.

“First-class seats have fixed armrests, so what I can tell you about her story is, if she was groped on a plane, it wasn’t by Donald Trump and it certainly wasn’t in first class,” Pierson said.

Jessica Leeds thought that the plane that she was riding then was a Boeing 707, though Braniff ceased using that plane in 1973. The almost identical Boeing 727, however, was the main plane used by Braniff to fly into New York during the late 1970s.

CNN dug up a Braniff flight attendant manual from the era that clearly shows that the armrests are moveable: 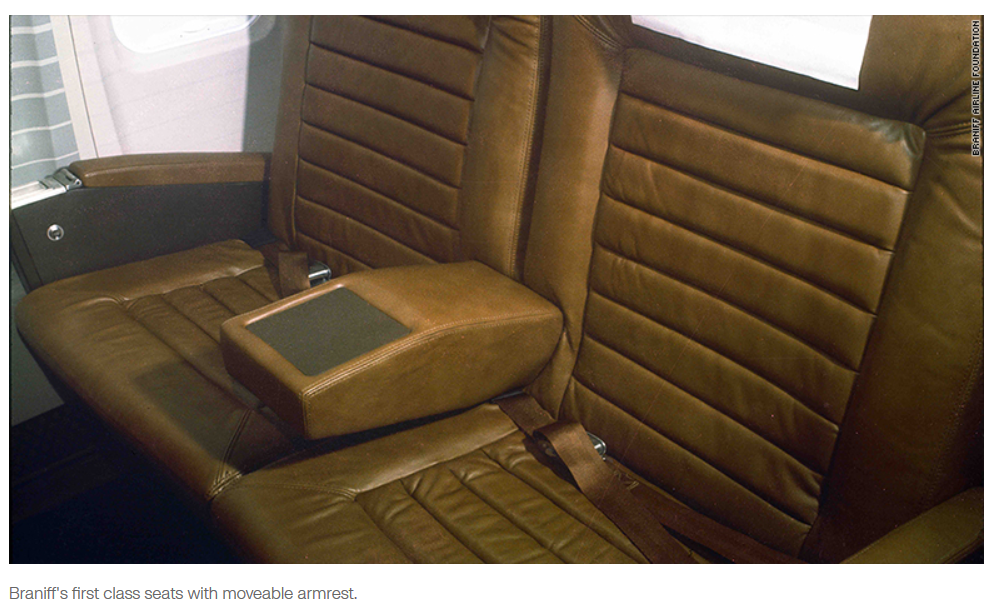 After this armrest defense was quickly debunked, Trump tried another tack: saying that Leeds was not attractive enough to be sexually assaulted by him.

“That” would not be my first choice. That what, Mr. Trump? That human being? That person that is somebody’s daughter and mother? That object?