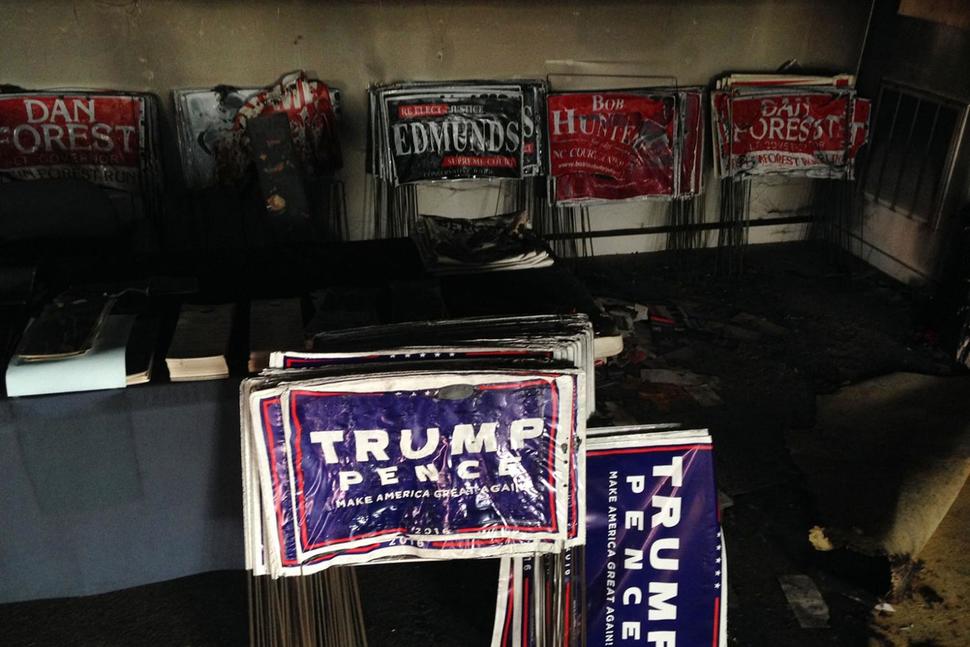 A GOP office was firebombed in Hillsborough, NC over the weekend. Trump quickly responded by blaming it on “Animals representing Hillary Clinton and Dems.”

The Hillsborough police and the ATF have yet to release statements on suspects. Donald Trump immediately jumped to the conclusion that not only was the crime perpetrated by Democrats, but Democrats representing Hillary Clinton and Democrats in North Carolina. The attack is pretty obviously politically motivated: 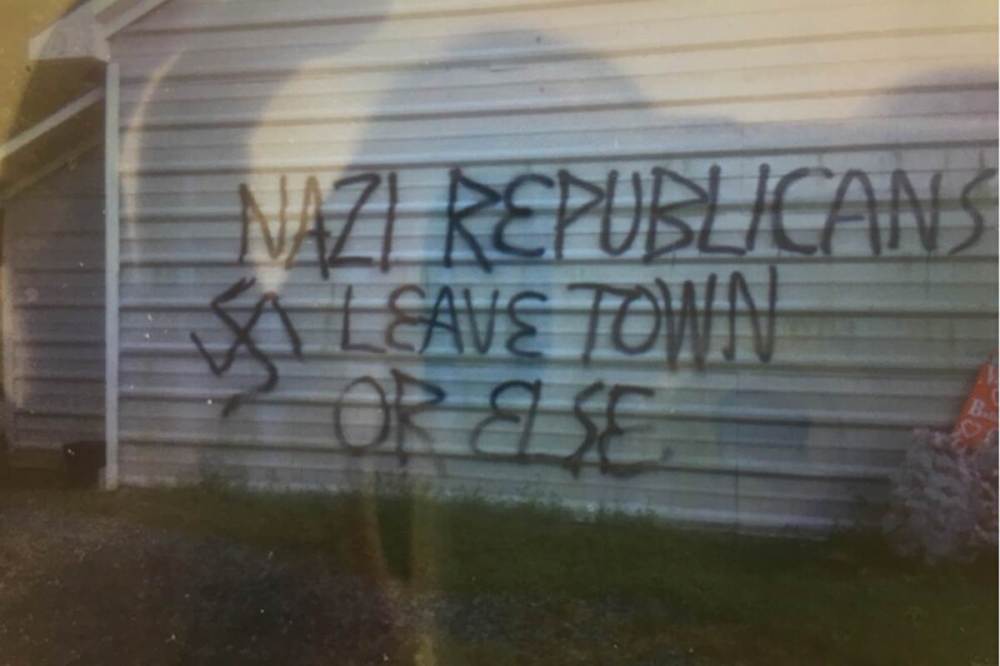 But Trump is not just blaming this attack on people who oppose the GOP, he is saying that the criminals are “representing Hillary Clinton and Dems in North Carolina” and implying that they are somehow in the employ of the Clinton campaign or North Carolina Democrats. Additionally, referring to your opponents as “animals” is problematic, even if those opponents are firebombing political offices.

Further evidence of the Trump echo chamber of denial is alleging that the “animals” did this “because we are winning.” Donald Trump is definitely not winning. Nate Silver’s 538 Election Forecast gives Trump just a 12% chance of becoming President. Trump has been dropping steadily in the polls since the first debate. The House and Senate races in North Carolina are close for the GOP, both on the state and national level, and GOP leaders worry that Trump is hurting more than he is helping.

In a bit of a bright spot, North Carolina Democrats came together on this GoFundMe page to raise $10,000 for the GOP office. $13000 was raised in mere hours before the effort was closed.