Despite having easily the best week of his campaign two weeks before the election, Donald Trump took time out last week to blast the “very dishonest media” for burying the FBI criminal investigation of Hillary Clinton.

First of all, these aren’t media companies. All of those companies are technology companies. They simply aggregate news rather than create it. For a man that works the media as well as Donald Trump it is a little surprising that he doesn’t know what a media company does.

Mashable screen capped all these sites quickly after this pronouncement from Trump. It was the top news story on Google:

Google has also promised not to tweak its algorithm to affect stories relating to the election.

Twitter doesn’t have an algorithm to boost or depress stories, though was the top story on “Featured News” on Twitter under the hashtag #Election2016 and #news. 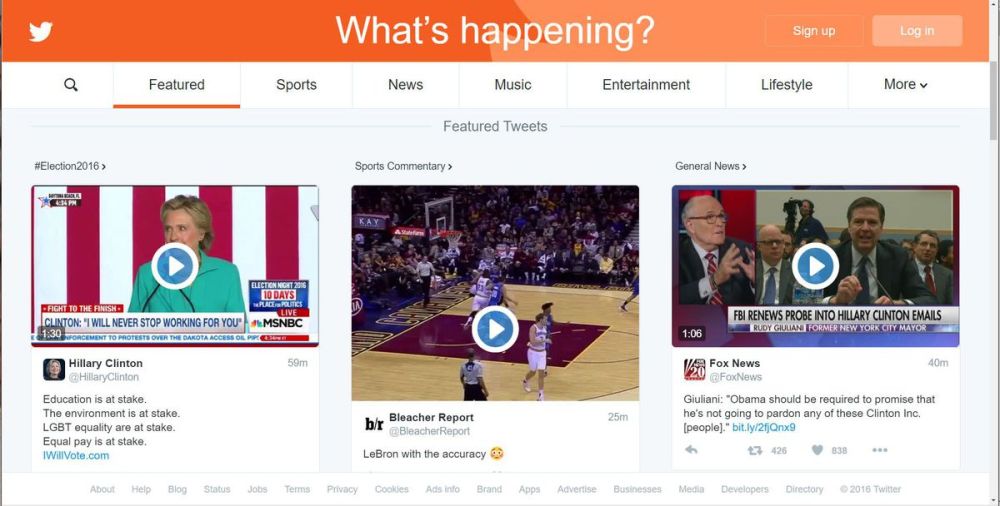 Facebook is a little tougher, as the algorithm for Facebook is based on your preferences of stories, pages etc. The story could have showed up in the user’s feed and sidebar in some cases and not in others depending on your tastes. No one has produced any evidence that the story was suppressed at Facebook.

Trump offered no evidence or even examples to back up his claim. In fact, all of the evidence is to the contrary that these non-media media outlets showed the story its due as the biggest story of the moment. Bask in the glory of your October surprise Mr. Trump, compliments of FBI Director Comey.