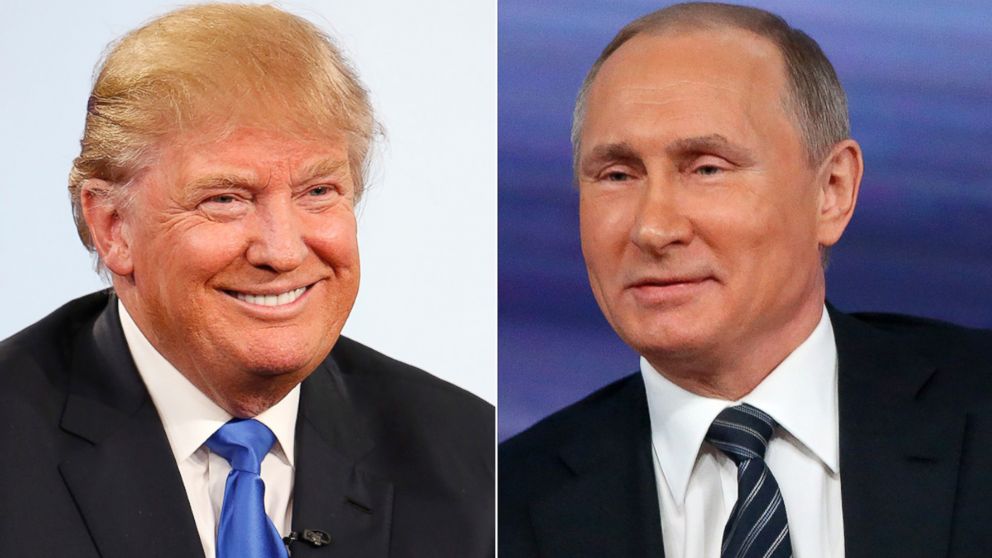 In a rally speech in Atlanta on Wednesday, Donald Trump called for a strengthening of the American military. Not surprising, as he often disparages the size and strength of the US military. Especially not surprising as his tone in regards to ISIS has become increasing hawkish in the aftermath of the Orlando shootings. What is surprising is that he would bring up Russia, and suggest that we are losing a Cold War style arms race with the former Soviet Union, and that both our military and nuclear arsenal are inferior to Russia’s.

Global Fire Power, who sources their information from cia.gov, has created a handy chart for us showing that the American military is stronger in nearly every respect compared to the Russian military. Be it spending, available manpower, equipment or aircraft, the US is superior in each catagory, often exponentially. The exceptions are that Russia outpaces the US in verified oil reserves and the number of men in the active military reserves. The US spends $581 billion annually on the military, dwarfing the Russian budget of $46 billion, less than one tenth of the budget of the US. Here is the top of the chart: 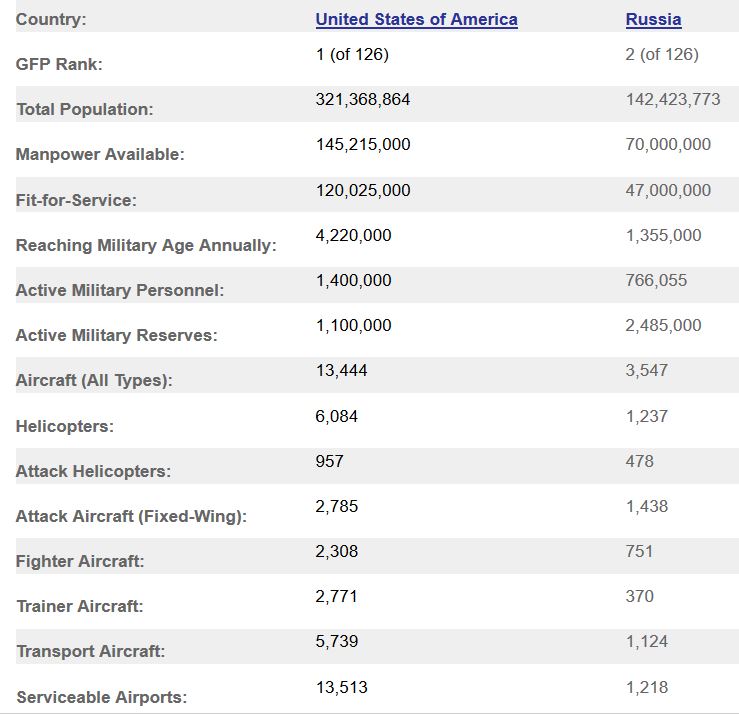 Additionally, the US nuclear arsenal is at least on par with that of the former Soviet Union, according to the Arms Control Association. While Russia is estimated to have 7700 nuclear weapons compared to the 7100 the US is estimated to have, nearly 3200 of these Russian warheads are “retired” and awaiting dismantlement. Either way both countries have plenty of firepower to “mutually assure destruction” of the other. Clinging to a Cold War mentality of a nuclear arms race is outdated and factually incorrect.